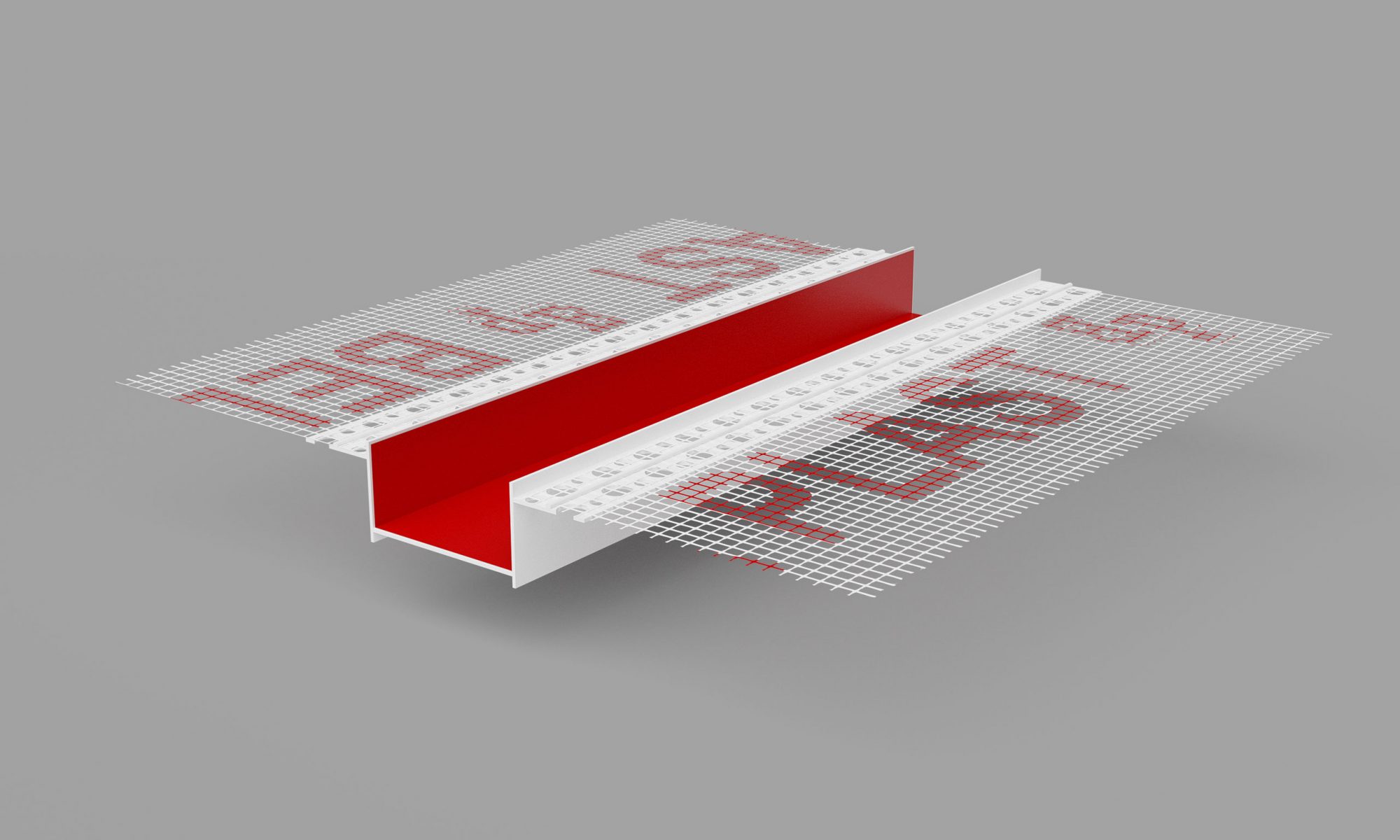 Rustication, meaning creation of decorative grooves in the façade, is an architectural treatment, already common in ancient times. Currently, this method has been used successfully in the modern architectural form of the buildings erected.

Rustication improves the visual effect of the façade, increases its aesthetic value, introduces divisions that refine and make an even extremely monotonous and plain façade interesting.

The most important effect of rustication (in case of horizontal rustications) is causing the optical effect of „lowering” the building.

PVC groove beads are used for façades based both on mineral wool and polystyrene as long as the colour of the polystyrene façade does not have a high absorption coefficient of solar energy, which causes a strong warming of the façade surface and shrinkage of expanded polystyrene up to 15%.

Groove beads are available in a version with mesh in three commonly used widths: 20mm, 30mm, 50mm. The depth of the groove bead is 20mm. The fibreglass mesh is permanently mounted (using ultrasonic welding, without glue) longitudinally on both sides of the rustication. Mesh width is 2 x 100 mm.

On special order it is possible to make the rustications in any colour and in any oval shape for oval façades.

Pricing policy: Bella Plast maintains a transparent pricing policy, which is an important factor in the successful distribution of Bella Plast products. Each customer will receive a competitive price that is appropriate to the volume of purchase and position in the distribution market. The price-quantity-quality relationship is our primary measure in building the distribution network, determining the correct resale price and increasing the availability of goods.