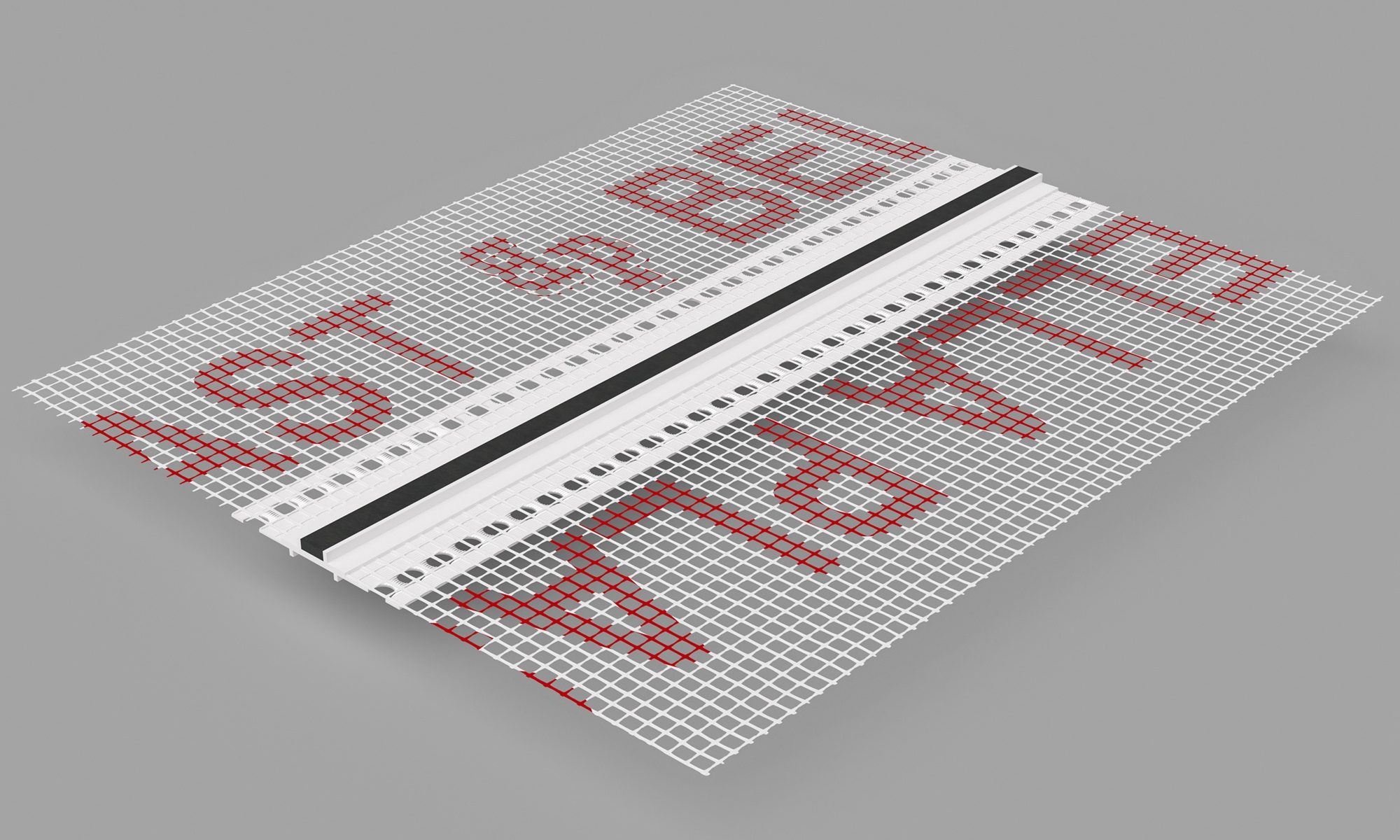 In addition to the decorative rustications in the façade – BP11 MINI MAX groove bead – is used to divide the colours of the plaster, creating divisions with any shape.

BP11 MINI MAX groove bead, in contrast to the conventional groove beads is a narrow surface mounted PVC bead with a width of 7mm and a depth of 3mm. In this case, grooves are not made in the thermal cladding. The assembly is done by gluing the bead with the mesh to the surface of the façade previously spreading glue on the surface of the thermal material used. The strips of mesh which the BP11 MINI MAX groove bead features should be covered with façade’s reinforcing mesh and sunk together in the adhesive in one gluing operation. The BP11 MINI MAX groove bead is perfectly suited for creating any divisions in the façade. For example, the effect of face bricks (on the basecourse) or larger façade elements, e.g. sandstone or granite slabs – can be obtained only adjusting the type of decorative plaster used. The cost of such an operation is several percent of the cost of using granite or sandstone façade slabs.